Statement from Food Not Bombs Solidarity Withdrawing their Endorsement of MOVE

The following statement is written by the Philly-based group Food Not Bombs Solidarity. Posting this statement on this blog does not mean that the members of Food Not Bombs Solidarity agree with all of the positions taken here. I'm posting this because I feel like it's an important document showing positive ways that radical communities are holding those in MOVE leadership accountable for abuse and lies. There are very good reasons that so many open-hearted people seeking justice have embraced MOVE and a great deal of deception has been involved in gaining such support. Hopefully, statements such as this one will be part of the process of healing and justice for those who have been victims of MOVE.

Food Not Bombs Solidarity (FNBS) withdraws our endorsement of MOVE.
This action is taken in the absence of any sincere attempts by current MOVE members to address and take accountability for the horrors that went on for decades in their organization. It is taken in support of MOVE survivors, some of whom have courageously jeopardized their safety to make public alarming accounts of abuse, intimidation, and bigotry.
Providing support to disadvantaged communities and political actions is central to our mission. In this case, our members feel lied to and used.
FNBS believes in restorative justice and looks forward to the day that those responsible for the abuses within MOVE begin the process of restorative justice by coming forward to admit their wrongs and knowledge of what was happening, apologizing, and taking transparent and decisive action to assure the abuses are stopped. 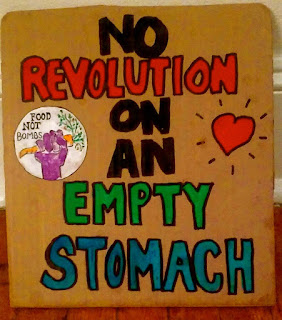 The "Murder at Ryan's Run" Podcast 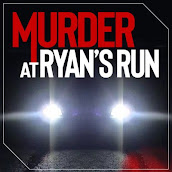 (Listen to the podcast by clicking on the image above.)

I became involved with MOVE in 1997, at the age of 14. In 2001 I moved to the Philadelphia area and became much more deeply involved with the group. I've decided to speak out now both to reconcile my own conscience and pave a path to others who might find themselves in similar circumstances. 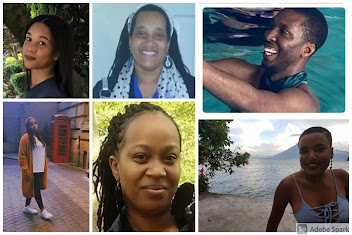 We are former MOVE members and supporters writing to address matters that are deeply concerning. We’ve all chosen to take part in the “Murder at Ryan’s Run” podcast to tell our stories and shine light on aspects of MOVE that have been obscured from journalistic scrutiny. We’re aware that for many who have supported MOVE this information will come as a shock. MOVE is good at controlling their own narrative and in gaining support from well-intentioned and kind-hearted people. We understand this and we ask that you take the time to understand what we, and others, are saying in this letter and will be heard saying on the podcast.

At the time of the release of this document June Stokes (known as Pixie Africa, daughter of Pam Africa) has left MOVE and is already in hiding with her kids. As you listen to the podcast and read the LEAVING MOVE blog you will understand why. We have reason to believe that as a result of speaking out, June's life is in imminent danger. The only thing that will protect her is for people to continue to monitor the situation and to spread the word.

Some of the things that will be addressed on the podcast are:

--A pattern of child abuse that June, Josh, Whit, Sara, Salina, Maria, Rain, and many others have experienced, and that is consistent with patterns of abuse that have been ongoing throughout the near 50 years that MOVE has existed.

--A consistent pattern of direct threats and intimidation against people who want to leave MOVE and tell the truth about their experiences. Some defectors have been threatened and there are many MOVE-related deaths or murders that are very suspicious, namely the 2002 murder of John Gilbride.

--A myriad of financial crimes and other ways that MOVE has exploited the political support they receive in order to benefit MOVE’s leadership (not Pam and Ramona Africa, the real leaders of MOVE are Sue Africa (Sue Levino) and Alberta Africa (Alberta Wicker)

These issues are just a small portion of what is documented in the podcast. MOVE’s history is long and complex and it will take time to lay the groundwork for the realities of MOVE to be properly understood. We feel the need to address all of these issues publicly for a few reasons:

--June has been trying to leave MOVE for many years, but without public awareness around her situation MOVE leadership will either take her children from her or kill her (they have threatened to do so many times).

--MOVE has been getting very favorable news coverage lately that only serves to embolden MOVE leadership and allows them to continue their patterns of abuse.

--Since the release of the HBO documentary “40 Years a Prisoner” Mike Africa Jr. has been working to rebrand a more marketable version of MOVE for his own personal gain. His portrayal of MOVE whitewashes the lived experience of children born into MOVE, and others, like John Gilbride, who was murdered during a custody battle with his ex-wife, Alberta Africa, the leader of MOVE.

The undersigned of this letter are asking for the following:

--We are asking journalists to consider this information when reporting on MOVE and to dig more deeply into MOVE’s history.

--We’re also asking other current and former MOVE members to speak out about the real history of MOVE in order to protect June, Josh, Whit, Salina, Sara, Maria, Rain, and many others who have suffered as a result of being born into MOVE. We recognize that many MOVE members will be uncomfortable with inner circle knowledge being revealed publicly. However, continuing to promote the romanticized past of MOVE creates the conditions that allow for the ongoing suffering of many who were born into MOVE, as well as other victims of MOVE such as the Gilbride family.

--We are calling on MOVE members of good conscience to begin to tell the truth about MOVE history, including the events that led up to the 1978 and 1985 confrontations, the treatment of children, and any information related to the harassment and/or murder of John Gilbride.

It is also worth noting that all of the testimony that is being released on the podcast is already recorded and is safely being stored in multiple places so that it can be released to authorities should the need arise. If any of us end up missing, are hurt, or are killed it will not stop our recordings from being released, it will only expedite the exposure of the reality of MOVE. This may sound overdramatic but consider that many people were too fearful to speak on this podcast and Alberta Africa's ex-husband was murdered in 2002. After you hear our stories we believe that you will understand.

Rain Robbins (Rain Africa, a third-generation MOVE member from the line of Mo and Mary Africa)

Mario Hardy (known by many as Mario Africa, former MOVE supporter of 15 years)

Oom Harrison (known by many as Buck Africa, ex-husband of Pam Africa, father of Pixie and Rose, MOVE supporter from 1979-1984, made a MOVE member in 1984)

Bob Massey (former MOVE supporter of over a decade)

Ellie Crompton-Massey (former MOVE supporter of over a decade)